This year Fingo, an IT company from Poland, decided to try for the first time Workation – concept of combining work and leisure, that is becoming more popular throughout the world. After many hours of research and deciding on where to go, the team chose sunny and warm Tenerife as their final destination. Browsing on the internet for the best place to stay and work, led them to Wolfhouse® in Los Gigantes.

They said to themselves “this property in Tenerife offers exactly what we are looking for – brilliant accommodation, well-appointed office with an ocean view, outdoor pool and palm garden! What else could we wish for?”, and everyone agreed!

The journey begun with a direct flight from Wroclaw (WRO) to Tenerife Sur (TFS). There are direct flights from as low as 35€, find more tips in our How to get to Tenerife with my team post.

Fingo’s team arrived after the sunset, and had a chance to get a proper look around in the morning. However at night of the arrival, team could enjoyed the magical sky – lit and full of stars. ‘There are only a few stars visible in the city, and here, we have the whole Milky Way on the sight’, they mentioned.

“Our accommodation and outdoor areas of the Wolfhouse® were very spacious. There is a place for barbecue, swimming pool, small outdoor gym (bar & dumbbell) and much more. Property itself is divided into several separate apartments with a kitchenette, a bathroom, a bedroom and a living room. In addition, each of the apartments has access to a private terrace overlooking the ocean – an unearthly view, especially when combined with massive volcanic mountains right next door.”

During their stay at the Wolfhouse®, the only difficulty team of Fingo had was to decide where to work from. Since 3 routers and WiFi strengthener cover with the internet the whole property, it can be tricky to choose between beanbags around the pool, pallet couch sofa with shade on outdoor terrace, hammocks in the palm garden, or popular office space, equipped with a coffee machine, unique vibe and the perfect views over the Atlantic ocean.

One day they even started off with pitches, moving around various spots of the Wolfhouse®. Change of scenery is always good for productivity and getting some fresh ideas. At one point team said: ‘The new spot has influenced our creativity and kept us motivated to draw diagrams on the white board’.

‘We have also discovered a new way to feel energised – few minutes swimming in the pool wins over the morning coffee’. We can confirm, that only few things can beat jumping to the pool between work sessions to refresh the body and mind. We call it NextRetreat Pomodoro technique.

Besides all the benefits of team building activities and retreat itself, sometimes even something so simple as relaxing at NextRetreat Destinations can teach you a lot about your team members.. and yourself.

They found out during dinner, that some of Fingo team members should seriously get the culinary award of the year. The most popular desert were grilled bananas with chocolate. And since we had a pleasure to give this culinary masterpiece a taste, we can only agree.

Team retreat or workation at the NextRetreat Destination is not only about working hard and playing hard. As other teams, Fingo used their time to explore the diverse island of Tenerife!

On one of the first days, they decided they were going to conquer the nearest beaches. The views during the car journey were picturesque, despite the rather dark landscape. This is a volcanic island, so it did not surprise us to find the colour of the sand of the first beach was black. After sunbathing on the sun, team got equipped with snorkeling masks and explored magical flora and fauna of the ocean.

‘We managed to take a small sports camera with a waterproof case, so we can share with you what we have been able to see’.

And you know how men sometimes are.. couple of minutes in the water and they are already feeling hungry! Canarian cuisine is genuinely delicious. We are glad that Fingo had a chance to try some traditional dishes, such as tapas, paella, numerous variations of sea food, and Canarian potates (Papas arrugadas) with Mojo.

One the team building activities that team choose to try out was Kayaking in Los Gigantes.

‘Our weekend started off with kayaks. This idea turned out to be a hit! We sailed along the majestic high cliffs. This expedition has shown us how important teamwork is – maintaining the right direction of flow requires a great deal of co-ordination and movement. Waves did not make it so easy for us! We paddled about 3 km in one direction, that was a great challenge. As a final destination we chose a small secret beach hidden between the cliffs, which literally took our breath away’.

The other day Fingo headed towards the volcano – Pico de Teide, which is the third largest volcano on the planet. ‘The views of the coastline from the heights, the ocean, the surroundings and the thrill of emotions caused by passing, sometimes slightly dangerous serpentines, has given us a great joy’. After reaching the volcano, they could immediately spot the change of scenery and the drop of temperature. Once you leave the rocky part to the open space, or so-called – Guanches, you can sense the presence of ‘evil’. According to Guanche (original inhabitants of the Canary Islands) legend, Guayota lived inside the Teide volcano – one of the gateways to the underworld. Guayota was said to be represented as a black dog and was accompanied by demons. He had imprisoned the god of light and the sun of Mageca. And Fingo team commented:

‘This time he did a good job too – the sun was hiding behind the clouds’.

All in all, Fingo really took the most out of their stay. The purpose of their team’s getaway was primarily work, with some fun and bonding on the side. They are professionals, and noticeably they love what they do.

‘We respect our company and our customers, and so we are lucky to able to combine work with leisure’.

They were able to stay productive, focus on tasks and importantly ‘to spot the weaknesses in non-professional situations, as well as the overall strengths of our team’.

We were more than pleased to hear, that they enjoyed the whole experience so much, that they plan to return the next year with the rest of the team. But before that, they have to try out remaining NextRetreat Destinations. We can’t wait!

Ready to organise a retreat for your team? 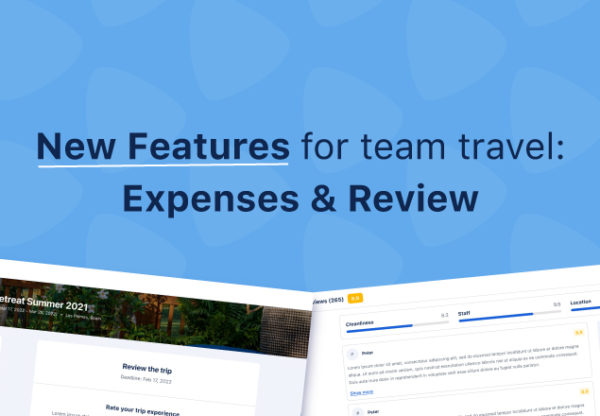 Organising team travel can be daunting, with countless details to keep track of and manage. But with the latest update to the NextRetreat App, we aim to make another part of the process as seamless and stress-free as possible. This is our core mission and most significant value. 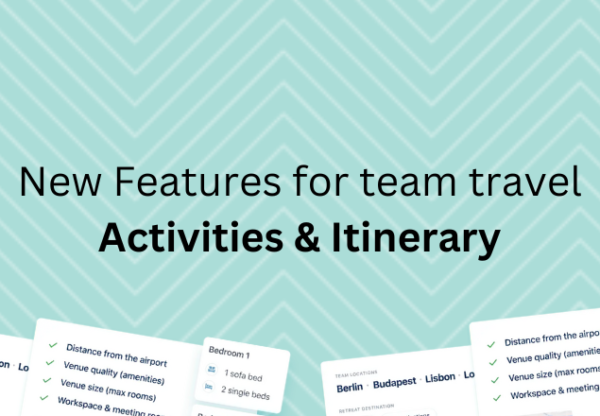 If there is any pinnacle to organising a team trip besides actually experiencing it all going smoothly and having a fantastic time, it would be browsing & shortlisting activities and building the itinerary. So imagine it: you are creating what your colleagues will call the best team retreat ever. Exciting! 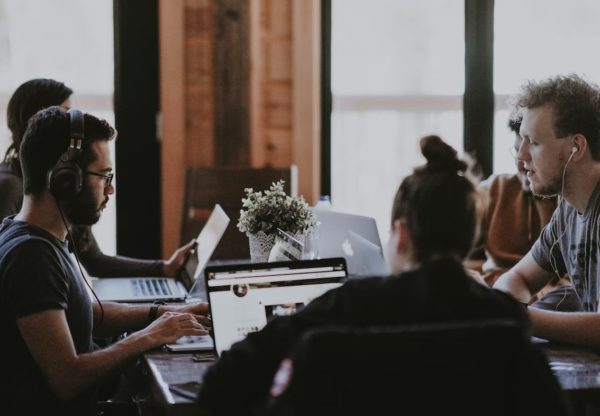 Have you ever been on a team retreat and walked away feeling more connected as a team, more motivated to tackle future challenges together and even confident that you could take on the world together? If so, you’re in good company. Many teams report the same positive effects from their team retreats – increased trust, cooperation and camaraderie. But that doesn’t mean planning one is easy. Actually, few things are as stressful as leading a group of people who spend most of their workday together to another location for two or three days. Here are some tips on how to plan a team retreat.